Crawford Notch of The White Mountains

Crawford Notch is a major pass through the White Mountains of New Hampshire, located almost entirely within the town of Hart’s Location. Roughly half of that town is contained in Crawford Notch State Park. The high point of the notch, at approximately 1,900 feet (580 m) above sea level, is at the southern end of the town of Carroll, near the Crawford Depot train station and Saco Lake, the source of the Saco River, which flows southward through the steep-sided notch. North of the high point of the notch, Crawford Brook flows more gently northwest to the Ammonoosuc River, a tributary of the Connecticut River. 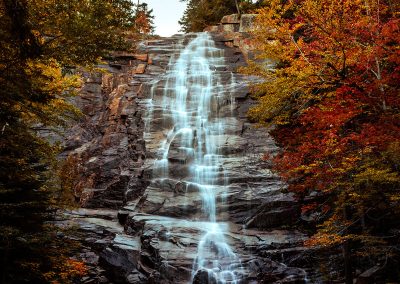 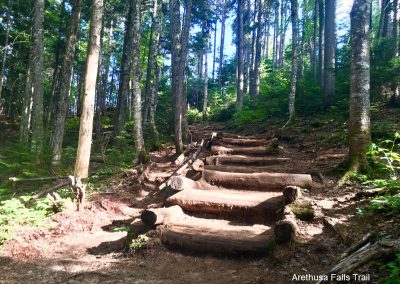 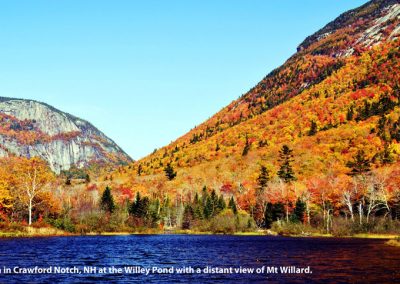 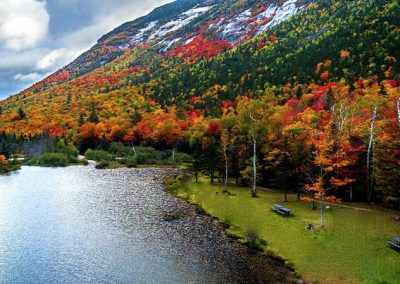 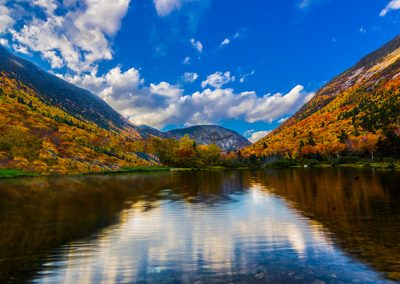 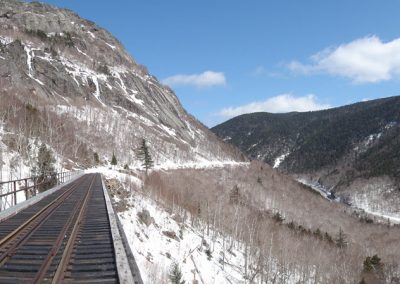 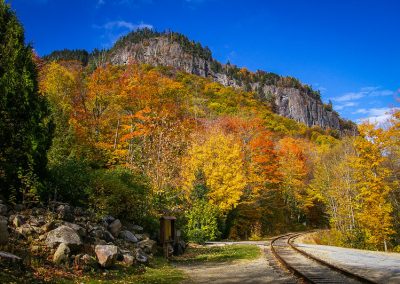 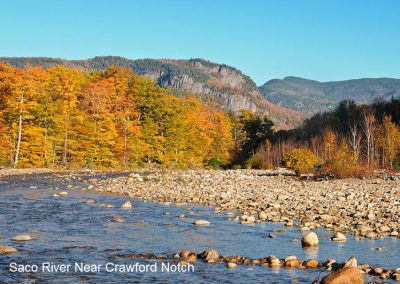 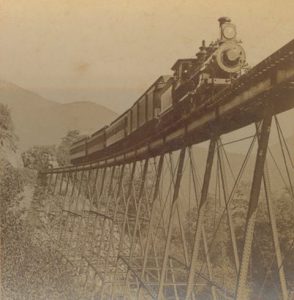 In 1860, much of Crawford Notch was owned by Dr. Samuel Bemis, who was considered an eccentric recluse, very much into naming places in the area at the time. Frankenstein Cliff (and later its neighbor, the Trestle) was named after Godfry Nicholas Frankenstein, who was born in Germany in 1820 and immigrated with his family to the United States in 1831.

To construct a railroad through the rugged terrain of Crawford Notch in the late 1800s was a remarkable achievement, and many people at the time said it was an impossible engineering feat. The gain of 1,623 feet in elevation in the 30 miles between North Conway and what is now Fabyan Station created great difficulties and expenses, and bridging the gorges proved to be especially challenging.

It took 18 months to complete 26 miles of the Crawford Notch segment of the railway. Now the hardest part needed to be constructed- the part that passed right below Frankenstein Cliff. This majestic cliff soars 2,555 feet in an-almost vertical plane. The chief engineer – Anderson – was certain that a trestle bridge was the type that should be used. The decision was made to construct a trestle bridge in the shape of a keystone arch. In a keystone design, the weight is pushed downwards by the load above it. The design causes the weight to push outward onto the abutments on each side. The forces are then directed sideways, rather than downwards.

Ultimately, the entire load (the weight both of the bridge itself and of any traffic crossing it) is transferred partly down into the ground and partly out to the elements of the bridge to either side of the arch.

Today, the Conway Scenic Railroad has offered seasonal, passenger excursion trains on a five-hour round trip through the Notch. Starting at its 1874 Victorian station in North Conway Village, the “Notch Train” proceeds through Crawford Notch State Park and the White Mountain National Forest to Crawford Depot. You will travel along dizzying cliffs, plunging ravines, and see cascading brooks and then pass over the famous Frankenstein Trestle.

Crawford Notch is part of the White Mountain Trail. It was designated a National Scenic Byway in 1998. Today visitors can drive through this landscape which still unspoiled by development. Driving through Crawford Notch the historic and magnificent Frankenstein Trestle still makes observers gasp with wonder.